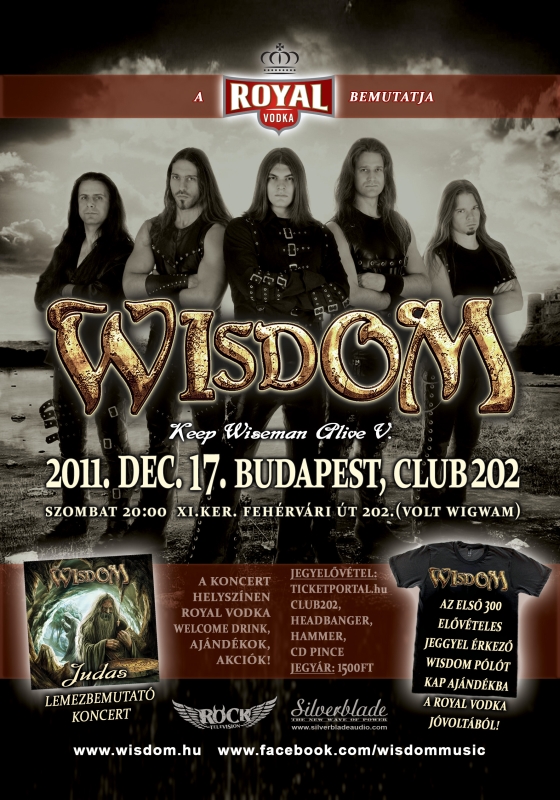 The fifth Keep Wiseman Alive show was held on the 17th of December 2011 in Club202, Budapest, Hungary.
This event was also the official release show for the band's second full-length album, Judas, and the last act of the national X Wise Years tour celebrating Wisdom's 10 years anniversary.

Despite the fact that the band had already found Gabor Nagy (NG) the new lead singer in the beginning of 2010, the same year Keep Wiseman Alive show had to be cancelled due to many minor issues. They decided to release the new album first in 2011 April, and make the show only after that.
The stage set for the event was created by Laszlo Gombos (Lancelot). Artificial rocks were created to reveal Wiseman's cave as it can be seen on the cover of Judas album.
The event was sponsored by Royal Vodka. With their help the first 300 pre-ordered ticket owners got a free Wisdom T-shirt as a present.

The guest bands were Chronology from Szolnok, Hungary, and iScream from Budapest, Hungary.