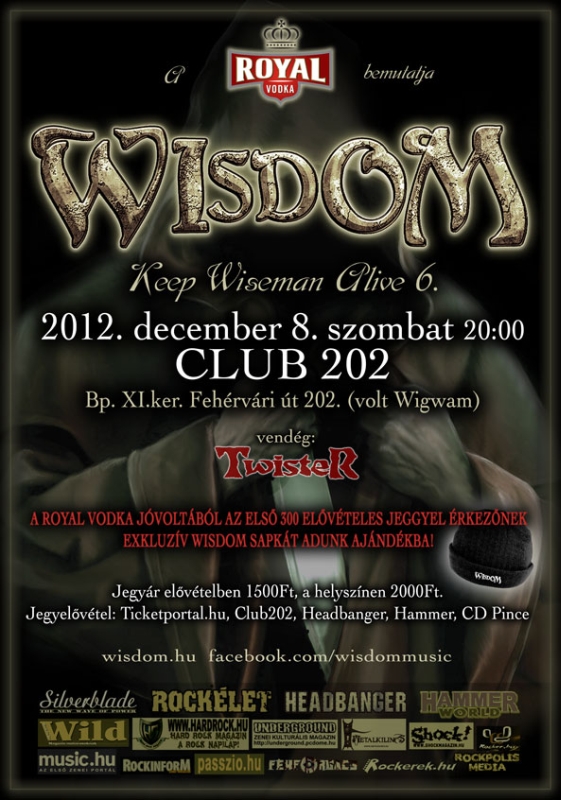 The sixth Keep Wiseman Alive show was held on the 8th of December 2012 in Club202, Budapest, Hungary.

This was the new guitarist, Mate Bodor's introduction to the national audience a few months after Zsolt Galambos quit the band.
With special lights and light bridges the stage had a more modern look than on the previous Keep Wiseman Alive shows.
The main sponsor was Royal Vodka again, and the first 300 fans received an embroidered Wisdom beanie.

The guest band was Twister from Budapest, Hungary.