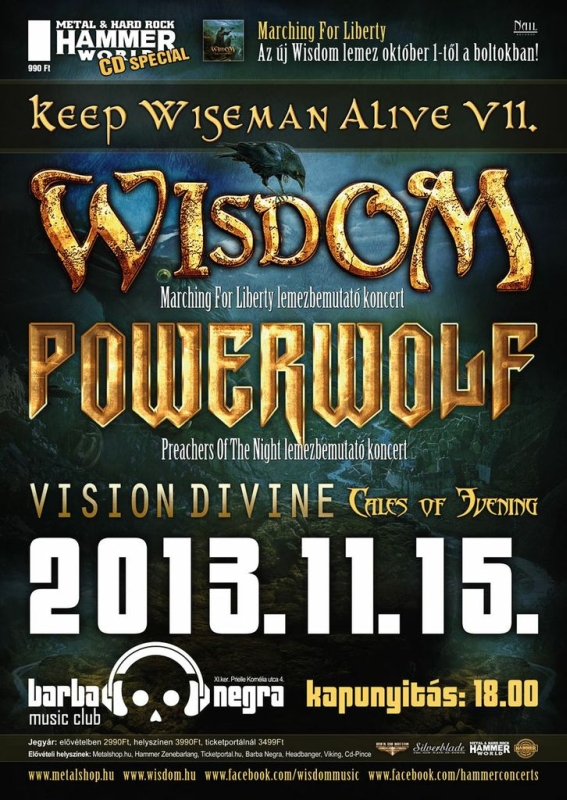 The seventh Keep Wiseman Alive show was held on the 15th of November 2013 in the new Barba Negra Music Club with the capacity of 1500 people in Budapest, Hungary.
This event was also the official release show for the band's third full-length album, Marching For Liberty.

The Italian band Vision Divine was also invited for the night but they had to cancel their show a few days before the event. Their lead singer was Fabio Lione (Rhapsody, Kamelot, Angra) who recorded guest vocals for Wisdom in the title track of Marching For Liberty album. It was planned to perform some songs together but it was not to be.
For the stage set the band asked Gabor Domjan to prepare two ravens with Wisdom medals over their necks and they printed many cover drops for the stage raisers to reveal the valley and the rocks which can be seen on the cover of Marching For Liberty album. The light effects, pyrotechnics and the burning cauldrons gave a special atmosphere to show.
After 7 years, Wiseman appeared on the stage again in the title track of the new album.

The guest bands were Powerwolf from Germany and Tales Of Evening from Nagykanizsa, Hungary.