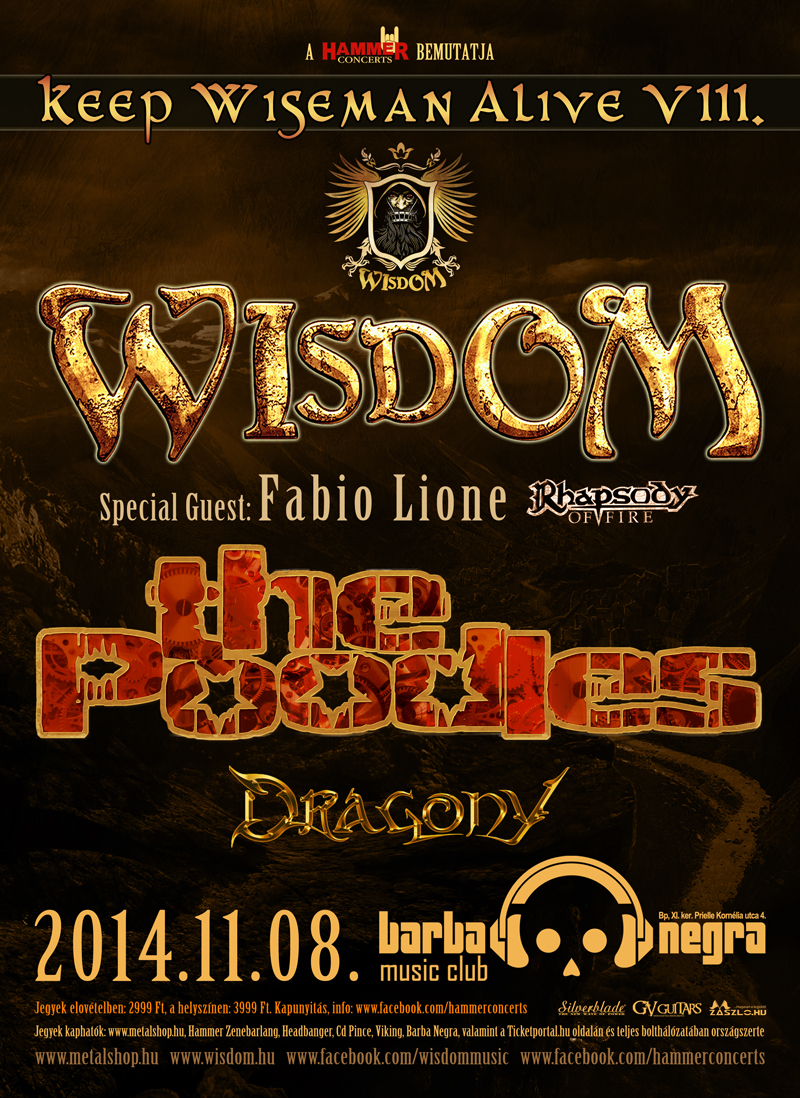 The eighth Keep Wiseman Alive show was held on the 8th of November 2014 in Barba Negra Music Club, Budapest, Hungary.
This event was also the 10 years jubilee of the band's first release, the Wisdom EP.

The drummer, Balazs Agota left the band in the autumn and Peter Kern, the former drummer of Wisdom replaced him during the autumn tour and for this event too. Peter was the member of Wisdom between 2005 - 2007 and played the drums on the first 3 Keep Wiseman Alive shows.
The stage set contained some raisers embracing the back of the drumkit raiser and covered with stone-like drops, some side drops with the coat of arms of Wisdom and some flags with the first letter of the Wisdom logo. They screened animations on the LED-wall for each songs and used pyrotechnics. Wiseman appeared on the stage with his book in the title track of Judas album.
This event was to celebrate the band's first record, the 10 years old Wisdom EP too. For this occasion, they invited Istvan Nachladal, the first singer of Wisdom to perform the songs of the EP together in the same order as it was on the album. The other highlight of the show was when Fabio Lione, the lead singer of the Italian Rhapsody Of Fire and the Brazilian Angra came up to the stage to perform two Rhapsody songs together with the band. After this, he sang the title track of Marching For Liberty album with NG as it can be heard on the record too. Finally Fabio came up to the stage again to perform the last song together with the band too.

The guest bands were The Poodles from Sweden, and Dragony from Austria.