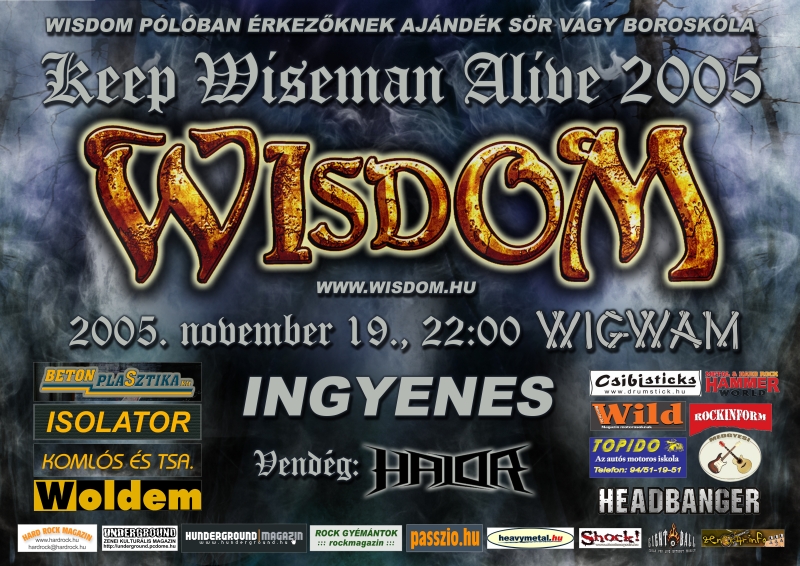 The first Keep Wiseman Alive show was held on the 19th of November 2005, which also was the band's first headline concert.
The venue chosen for the event was the Wigwam Rock Club in Budapest, Hungary, now known as Club202, with the capacity for 1300 people.

There was no entrance fee because the band wanted to show to as much people as possible how a Wisdom headline show looks like. The fans who arrived in a Wisdom T-shirt received a Wisdom logo printed lighter, which they could keep or exchange it for a beer at the bar. By 11 pm the venue was full and the gates were closed, leaving approximately 200-300 people outside.
The stage was built from a Roman-age set remains of a movie taken from the wastes of a film studio.
The lyrical song Unholy Ghost was performed on acoustic guitars including the bassist Mate Molnar, while artificial snow was feathering on the audience. Drummer Peter Kern performed a drum solo with burning cymbals.

The guest band was Halor from Szombathely, Hungary.