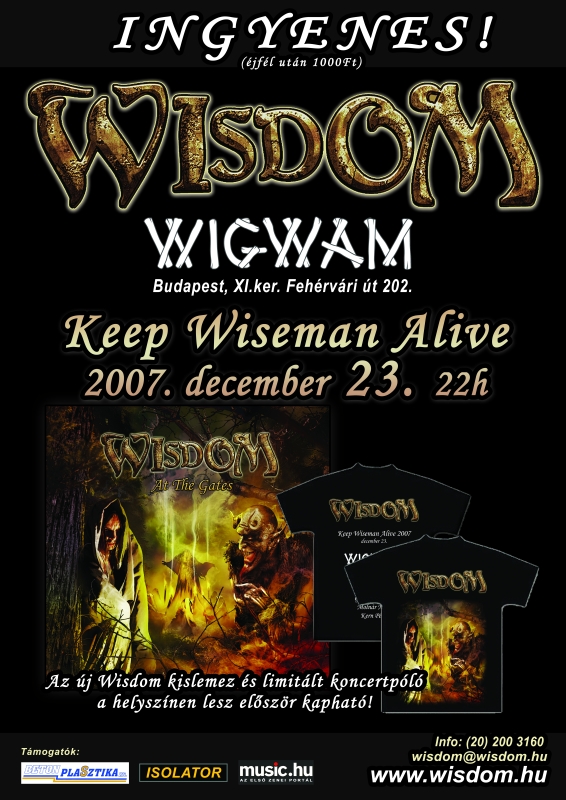 The third Keep Wiseman Alive show was held on the 23rd of December 2007 in Wigwam Rock Club, Budapest, Hungary.
This event was also the official release show for At The Gates EP.

After the lead singer, Istvan Nachladal quit Wisdom a few months earlier, Zoltan Kiss helped the band out on the remaining shows of the year. In gratitude for this the band recorded two songs with his voice for At the Gates EP and released it on the day of the show. Due to sudden health issues, the drummer Peter Kern could perform only in a few songs. To avoid the cancellation of the show, the band invited the former drummers of Wisdom and each of them played a block with 5-6 songs. This gave a special effect to the event. Because of the chaos surrounding the band that time, the entry was free for the fans again.
All sets on the stage were produced by Gabor Domjan, the stage designer of the Sziget theatre. He created a forest-like atmosphere resembling the cover artwork of At The Gates EP.