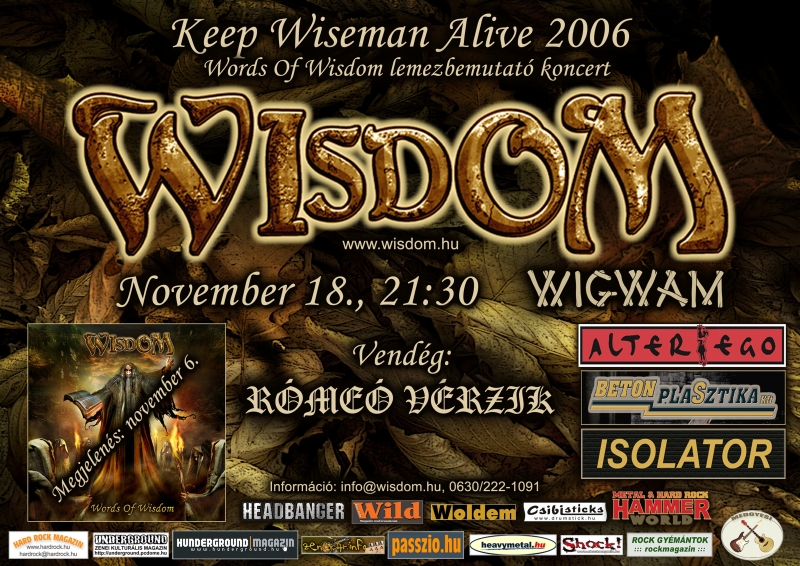 The second Keep Wiseman Alive show was held on the 18th of November 2006 in Wigwam Rock Club, Budapest, Hungary.
This event was also the official release show for the band's first full-length album, Words Of Wisdom.

Originally the Keep Wiseman Alive show was planned only a one-time event, but the huge success made the band thinking about its continuation. In spite of the entrance fee this time the success was still on the same level as in the previous year.
The set on the stage included rounded, rock-like elements and water-spouts taken from the basement of the Vidam Szinpad theatre. Later some of these elements were also used in the band's music video for the song Wisdom. Wiseman, the band's mascot figure appeared on the stage when they played the title track of the album.
The event was sponsored by Jagermeister, which became the band's official sponsor after the show.

The guest band was Romeo Verzik from Somorja, Slovakia.